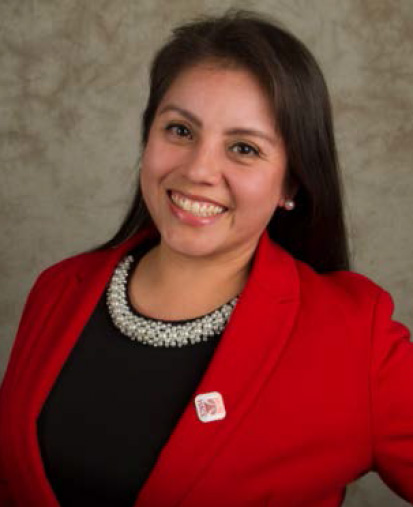 Teresa Ramírez, Ph.D., is a scientific influencer, mentor, and community role model that inspires many to obtain their dreams and goals regardless of any challenges. She has no limits and mentors many students from coast to coast. She actively participates in the Latinx community as an advocate for Latinx in Science, Technology, Engineering and Mathematics (STEM). She works to empower future Latina leaders through her service work with the Mujeres de HACE (Hispanic Alliance for Career Enhancement) DC/McLean Alumnae Board as Chair and as part of the board of Latinas Leading Tomorrow (LLT). She works alongside board members to develop and execute professional development events tailored to Latinas professional and young Latina students in the DC/MD/VA area. Dr. Ramírez is currently the program manager at the Office of Sponsored Programs, Diversity and Grants Administration at the Federation of American Societies for Experimental Biology (FASEB), in addition to also working in the Office of Public Affairs at FASEB. Dr. Ramírez is a first-generation Mexican-American that earned her B.S. degree in General Biology from California State University, Dominguez Hills in 2004. In 2004-2006, she participated in a postbaccalaureate program at the National Cancer Institute (NCI) in Frederick, MD. Dr. Ramírez earned a doctoral degree in Molecular Pharmacology and Physiology from Brown University and was a post-doctoral research fellow at the National Institutes of Alcohol Abuse and Alcoholism (NIAAA) at the National Institutes of Health (NIH) from 2014-2016. She then transitioned to becoming the 2016-2017 American Society of Human Genetics/National Human Genome Research Institute (ASHG/NHGRI) Genetics and Education Fellow. During her tenure as a Genetics and Education Fellow, Dr. Ramírez started a partnership between the NIH and Wheaton High School (Bioscience Academy) in Silver Spring, Maryland to help encourage and guide first-generation students to participate in NIH summer paid internships. Dr. Ramírez, imparts knowledge and expertise based on research and professional experience in student speaking engagements at different STEM events around the DC area and across the nation such as with the Society for the Advancement of Hispanic/Chicano and Native Americans in Science (SACNAS) as well as in her hometown of Compton, California. She has been a member of SACNAS for the past 18 years. In 2012, she established and was the first president of the Brown University SACNAS Chapter, which received the 2013 Role Model Award for Outstanding New Chapter at the SACNAS National Conference in San Antonio, Texas. In 2017, Dr. Ramírez served as the NIH SACNAS Chapter President. She is passionate about sharing her love for science and firmly believes in the importance of mentorship and how it can create a positive impact in the lives of others as it did on hers